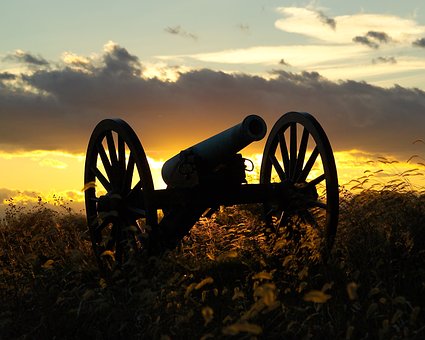 “Men will be men” as they say and history has shown us on a repeated basis that this is going to involve fighting, conflict and warfare.

Right from the dawn of time , man (or rather men) have found and developed tools. They set about putting them to good use and in so doing they unintentionally invented productivity. It, unfortunately, but obviously followed that these tools evolved from simply assisting with the search for food to improvised contraptions to aid hunting for enemies. Over time these simple hand to hand combat utilities grown into stronger, more effective and more destructive devices capable of being put to devastating use from a distance.

What’s it all about how we arrived at today, that we hold so dear?

Civil Wars, Revolutionary Wars and naturally International Wars are now an unfortunate part of our past and our present. However, whereas modern munition has become a”state-of-the-art” thing followed only by the elite, bona fide members of the military and the up-to-the-minute Armchair Xbox Warriors (of course), it’s the older stuff, the historical weaponry, and specifically Cannons, that continue to hold the undying attention of most people. They have been around for quite a while now. In the castles of the middle ages to the sea battles of a couple hundred years back. It has always been’about the cannons’.

Call it nostalgia, patriotism, Chattanooga Animal Removal, remembrance or a sense of purpose. Or, we can call it an instinctive empathy with the simplistic principles of those extraordinary items and how they work. They only amount to powder, wadding and projectile. Oh, and something (the most important big thing) with wheels on, to fire it out of. It’s all so straightforward. They make as much noise and mayhem as any contemporary multi-million dollar, computerised anti-tank blaster thingamajig but they are easily understood and utilised, and they are also readily available to the masses. Just don’t forget to put your ear muffs on.

And so, “Boys will be boys!” We now have Cannon collectors, clubs, aficionados and dealers. There are also Civil War and Revolutionary War re-enactors from the plenty. Some do it to the background and the remembrance,”Lest we forget”. Some do it for the Nostalgia and the Camaraderie. Some people like the entire theater and dressing up thing of re-enactments. 1 thing is for sure, though, we can be certain they all love their War Cannons. Not so much for the War. It is only for the Cannons.